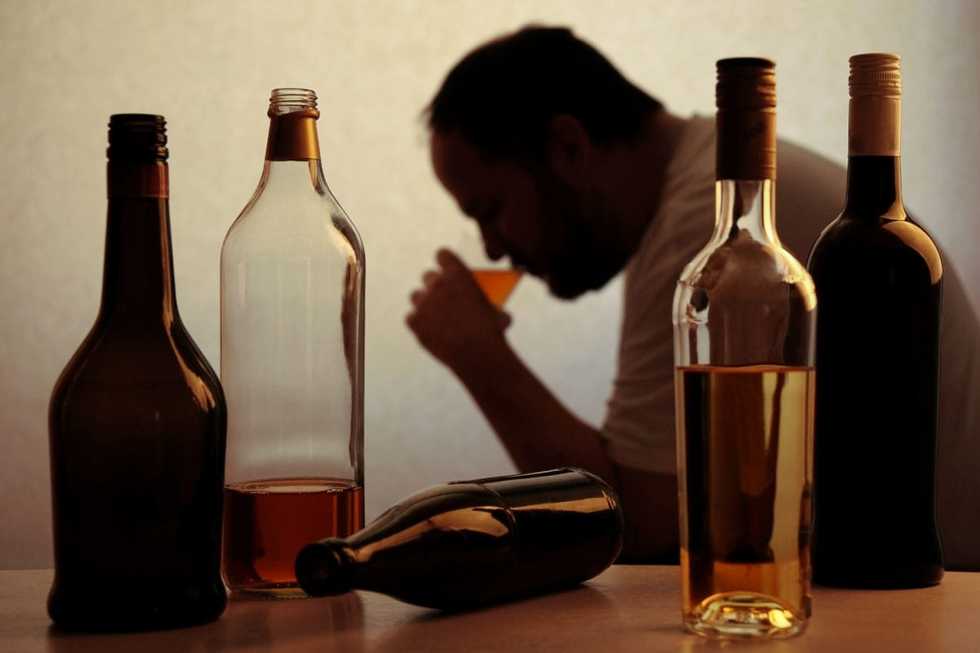 Before the pandemic, tens of millions of Americans struggled with alcohol addiction and there are indications that the problem is becoming more severe with effects that could far outlast the pandemic.

According to a report by journalist and medical researcher Eli Cahan, hospitals across the country have seen a surge in the number of admissions for alcohol-related liver disease over the past 12 months.

Dr. Raymond Chung, a hepatologist at Harvard University and president of the American Association for the Study of Liver Disease, said he was already seeing an alarming trend toward increased liver disease, particularly in people under 40 years old. "But what we're seeing now is truly dramatic," he told Cahan.

Evidence collected since last spring has pointed to an increase in substance use related to stress, job loss, isolation and as means to cope with other issues, like anxiety or depression. The trend started to become clear early in the pandemic, with research showing that adults were drinking more often during the week. According to one, people who were drinking increased their alcohol consumption by 30% from pre-pandemic months.

Addiction specialists raised concerns that many people who were in recovery from substance abuse have had their progress derailed by the tumultuous events of the past year.

Some believe that relapse could be driving some of the incidents of serious liver disease. A liver specialist at Northwestern Medicine told Cahan that many of her patients had been in recovery for years but when the pandemic hit, they were "all of a sudden" back in the hospital.

Many of the physical manifestations of alcohol abuse do not show up overnight. Often, it takes years of problem-drinking to cause liver damage, though, in some cases, it can happen within a matter of months. Alcohol abuse can also lead to heart disease, different types of cancer and a weakened immune system, which experts say could make it more difficult to fight COVID-19.

"I think the alcohol-related liver disease is sort of the canary in the cage that tells us people are really struggling," said Dr. Aaron White, senior scientific advisor to the director of the National Institute on Alcohol Abuse and Alcoholism.  Emergency rooms also saw an uptick in alcohol-related admissions during the pandemic, according to the Substance Abuse and Mental Health Services Administration. Emergency room visits peaked after a majority of states imposed lockdowns and again when those lockdowns were lifted.

"This is a very challenging time for everybody and a very risky time for people with serious problems with substance abuse, including alcohol," White said.

Women have also been found to be at greater risk of problem drinking as a result of the pandemic. In one study, women who had at least one COVID-related financial stressor were found to be 18% more likely to report an increase in alcohol consumption. This followed reports showing alcohol-related deaths were rising more than twice as fast among women as they were among men in recent years.

"You're seeing people with health issues, relationship issues from being on top of each other during COVID, employment issues, financial problems. These are all huge triggers," said Dr. Sean Esteban McCabe, director of the Center for the Study of Drugs, Alcohol, Smoking and Health at the University of Michigan.

Everyone has been forced to find coping strategies to manage the uncertainty of the pandemic and alcohol has been part of that picture. "For most people, it's a stress release and it doesn't cause problems. But for other people, it works until it doesn't and then it works against them," McCabe said.

The CDC defines moderate drinking as two drinks a day for men and one for women. Heavy drinking is considered to be the consumption of 15 or more drinks per week for men and eight or more for women.

The full impact of growing substance abuse during the pandemic has yet to be fully assessed or seen. The incidents of hospital admissions for alcohol-related liver disease represent only a small fraction of the country and CDC data on alcohol and drug-related deaths lags by years.

"I think it's a sleeping giant kind of problem," said Dr. Tyler Oesterle, an addiction specialist at the Mayo Clinic and medical director of Fountain Centers.

Access to traditional addiction treatment has been limited because of the pandemic. Even before COVID-19, fewer than 20% of people with addiction disorders sought treatment. "There are a lot of people stewing out there in the community who aren't getting the resources they need," Oesterle said.

At the same time, recovery specialists are encouraged by the growing number of online resources. Physicians and therapists are available via telehealth. Online support groups mean people can attend meetings and connect to people from their community or all over the country.

"There are some really big challenges. I've cried with quite a few people. We've lost some really important people," McCabe said. "I have also seen quite a few people do things that would blow your mind in terms of getting help for the first time. They got sober during COVID. That's a story that also should be told."