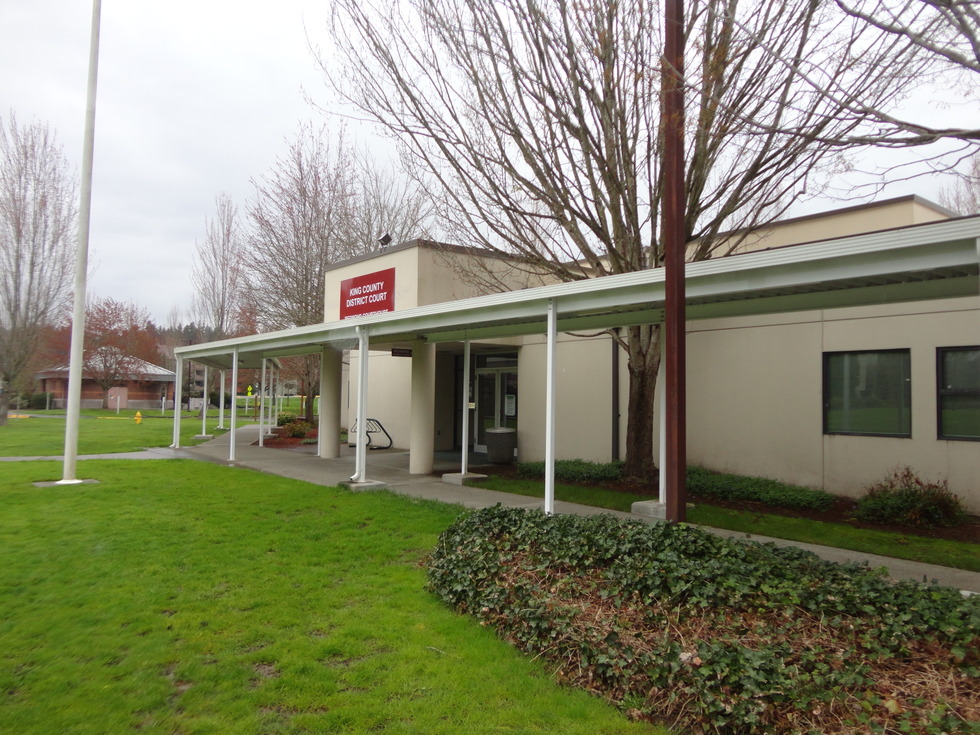 The Redmond District Court (King County District Court Northeast Division) is located at:  8601 160th Ave. NE, Redmond, WA  98052.  The courthouse is on the same campus as the Redmond City Hall, Redmond Police Department and Redmond Library.  The parking lot for the courthouse is located on the eastside of the property.  Security lines can be quite long, especially for morning hearings, so we recommend that you arrive at least 20 minutes early for morning hearings and at least 15 minutes early for afternoon hearings.  Redmond District Court handles all East King County State Patrol and Sheriff's Department DUIs as well as all City of Redmond, City of Duvall, City of Carnation, and City of Woodinville matters.  While Northeast District Court has four courtrooms, currently only courtrooms 1-3 are in use.  The King County Prosecuting Attorney staffs an office at Northeast District Court and the Redmond City Attorney's office is located on the same campus.

The Judges currently assigned to Northeast District Court are as follows:

From East: Go west on Redmond Way to 161st; turn right on 161st, turn left on 85th, turn right on 160th. The court is ¼ block on the left. NOTE: Parking is limited at the Redmond Facility, please allow extra time.

There is not one District Court in King County that the attorneys at Cowan Kirk Kattenhorn have made more appearances in that Northeast District Court.  CKK has handled literally hundreds of cases in this jurisdiction.  So, if you are facing criminal DUI charges, don't entrust your legal defense and your future to just anyone. To speak with one of our experienced, aggressive Redmond DUI defense lawyers about the details of your case, don't hesitate to contact the law firm of Cowan Kirk Kattenhorn today at 866-822-1230.