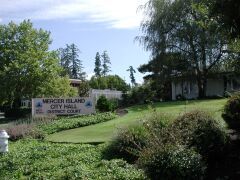 Following a DUI arrest in Mercer Island, you will receive a summons anywhere from one to five weeks following the date of your arrest.  If you have been previously arrested for a DUI, state law requires that you be booked on any subsequent DUI arrest.

Most police officers for the City have in-car video cameras that record their DUI investigations and arrests. A request for the in-car video can be made directly via a request with the City Attorney's Office.  If you have been arrested for a DUI on Mercer Island, contact the attorneys at Cowan Kirk immediately.

There are plenty of law firms that will tackle DUI cases. But when your freedom and reputation are at stake, you cannot settle for an attorney who views your legal affairs as an afterthought to other areas of legal practice. That is a worry that you will never have with Cowan Kirk. The depth of our commitment to DUI defense and the singular focus of our firm mean that you can count on us to put our best foot forward when you need it most. The innumerable cases we have handled in the past have armed us with an uncommon variety of litigation strategies and directly applicable legal experience. We can help you with:

When it Comes to DUI Law, We Write the Book

Managing Partner, William Kirk is co-author of the treatise in Washington for DUI Defense.  Originally published in 1998 by Senior Partner Douglas Cowan, Steve Hayne and Jon Fox, this publication has served as the defense attorney's textbook for over two decades.  Mr. Kirk and Mr. Fox now co-author this book annually.

There is no reason to take needless chances with your freedom. For a legal ally whom you can trust and whom prosecutors respect, contact the Mercer Island DUI defense lawyers of Cowan Kirk at 1-866-822-1230.