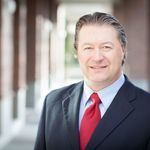 Bill Kirk is currently serving on the Board of Regents for the National College for DUI Defense, where he currently serves as Assistant Dean, and is the President of the Washington Foundation for Criminal Justice.  He is one of only two attorneys in this State to be Board Certified as an expert in DUI Defense by the National College.  He has been named a Super Lawyer by Thomson Reuters (Washington Law & Politics) every year since 2003.  He is the co-author of "Defending DUIs in Washington," the treatise in this state for DUI and BUI defense.  He is the Managing Partner at Cowan Kirk Kattenhorn.

After beginning his career as King County Deputy Prosecuting Attorney, Bill joined the "Cowan Law Firm" in 2000.  He has practiced exclusively in defending those accused of impaired driving or boating ever since.  Mr. Kirk was named a “Rising Star” by Washington Law & Politics in 2001 and 2002.  He has been named a “Super Lawyer” by Washington Law & Politics from 2003 – 2017, one of only 250 attorneys in the State, over all areas of practice, to receive such an honor.  Mr. Kirk has been named one of the Washington's “Top 25” criminal defense attorneys on three separate occasions.

Bill is a proud graduate of Washington State University and Gonzaga University School of Law.

Bill has received certification in administering Standardized Field Sobriety Tests in 2001. He was trained by National Patent, the manufacturer of Washington's breath machine, in Mansfield, Ohio in 2003. He was named partner in this firm in 2004.  He became Managing Partner in 2015.

Mr. Kirk has handled a large majority of the "high profile" driving cases which have taken place over the last few years.  A frequent contributor to television, radio and print media, Bill is considered one of the State's foremost experts on DUI and BUI laws.

Bill has been very active and is a multiple time graduate of the National College of DUI Defense's Summer Session (Harvard Law School) and its Winter Session. In 2009, Bill was named to the Board of Regents for the National College for DUI Defense, one of only 12 lawyers in the country to server on this board. Bill has lectured extensively both locally, nationally and internationally in all areas related to the defense of those accused of impaired driving.  Mr. Kirk has now lectured in over a dozen states and internationally on all areas related to DUI defense.  Bill is “Board Certified” as an expert in DUI defense by the National College for DUI Defense and is only one of two lawyers in Washington State and only 60 lawyers in the entire nation, to pass this rigorous exam.

Bill is also a member of the following organizations: