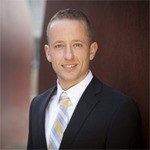 Attorney Christopher Kattenhorn joined the then Cowan Kirk Gaston after serving as a public defender in several municipalities throughout Puget Sound, including the cities of Kirkland, Bellevue, Redmond, Sammamish and Kent. During his tenure as a public defender, Christopher handled hundreds of cases through all phases of the criminal process, from arraignments through motions and trials. He has earned a reputation as a strong courtroom presence and vigorous advocate for his clients.  Chris became a partner at Cowan Kirk Kattenhorn in 2015.  Although Mr. Kattenhorn has experience in a wide array of criminal matters, his practice today focuses exclusively on DUI and other District Court matters.

Christopher earned his J.D. from Seattle University School of Law where he served as Vice President of the Student Bar Association. He is an active alumni and volunteers in the legal writing program and also serves as a judge in the mock trial program. Christopher earned his B.A. at Seattle Pacific University, receiving the Dean's scholarship and graduating with a major in Communication. While at SPU, he served in a variety of humanitarian relief projects, ranging from a refugee camp in Albania to the jungles of Papua, Indonesia.

Christopher developed his passion for criminal defense during law school where he served as a practicing legal intern for Stewart Beall MacNichols & Harmell. His entire legal career has been devoted to representing those accused of DUI's and other misdemeanor cases. Christopher is a member of the National College for DUI Defense, Washington State Bar Association and the Washington Association of Criminal Defense Lawyers.

A Kirkland native, Chris graduated from Juanita High School, Christopher was a member of the Kirkland Youth Council and played instrumental part in helping get the Kirkland Teen Center built. Chris is currently very active with the Human Rights Campaign and takes great pride in working tirelessly to further their causes sot that all citizens enjoy the same rights and privileges.